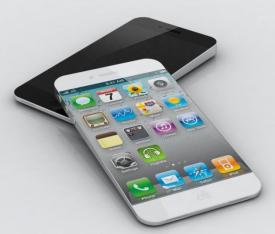 There is little chance living in modern times that the term iPhone is unknown. It has been around for quite some time and is part of Apples integrated computing and communication systems. The iPhone has been progressing into a thinner, more feature packed phone with each evolution and the iPhone 6 is no exception to the concept of continually moving forward through concisely controlled production and customer feedback. Apple prides itself on not just being innovative but intuitive as well. The iPhone 6 is available in two distinct models, the basic iPhone 6 and the iPhone 6 Plus. Both are very streamlined models, continuing with the trend of all smart phones to become thinner and lighter.

Starting with the display, the iPhone 6 features a crisp and comfortable to use 4.7 inch display that have 1334 x 750 resolution and a stunning 326 pixels per inch. The thin iPhone 6 is an astonishing 6.9mm thick, which is nearly a full millimeter thinner than the previous model. It uses a powerful Apple A8 processes that also uses an Apple M8 co-processor for even smoother app performance. Among its central processors it is also wired with the ability to track movement and position using an accelerometer, gyroscope, compass and barometer. The iPhone 6 also offers improved battery life over the previous generations, and the longevity is even better with the Plus model. For the cell phone photographer, the iPhone 6 has an improved 8 megapixel camera with an Isight sensor that uses larger pixels combined with a f/2.2 aperture to help you capture even more stunningly clear images than before. The photo software available on the iPhone 6 also allows for different styles of videos to be taken, including slow motion or simple blur reduction due to shaky hands.

How the basic iPhone 6 features compare to the Plus.

The first and most noticeable feature of the iPhone 6 Plus is the screen size. In comparison to the basic iPhone 6, it is 5.5 inches in size with a crisp 1920 x 1080 resolution and 401 pixels per inch. The slight differences in numbers give it a remarkably sharper picture than the basic iPhone 6 or any previous generation. For its increase in size and features, the thinness is sacrificed slightly, coming to 7.1 mm, though it remains thinner than the iPhone 5 and younger models that are 7.6 mm or more. The big difference, aside from resolution and screen size between the basic and Plus models is the inclusion of optical image stabilization. Everything is sharper on the iPhone 6 Plus screen thanks to Apple’s combined use of the A8 SoC and M8 motion processing. Using these features, the iPhone 6 Plus goes beyond even the capabilities of the basic model to give absolute compensation for natural hand motions, delivering some of the absolute clearest pictures possible in a phone.

Shared between the basic and Plus iPhone 6 features is the call quality.

Apple makes good on its promise for innovation, delivering superior call quality for both models of the iPhone 6. Typical voice calls have long had a bad reputation when it came to cell phones, it was even made infamous by the fact the industry leaders even mocked commercials. With the iPhone 6, Apple has introduced Volte, or Voice or LTE, which is an option for areas when Wi-Fi is not accessible. What it translates to is, provided the carrier allows it, is that not matter where you are, you can accessed multiple means of carrying calls, instead of relaying on potentially unstable or unavailable lines of communication.